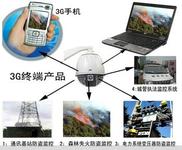 Good video transmission design is a very important part of video surveillance systems. As the most important transmission medium, wire and cable products play an indispensable role in the data, video and audio transmission and power connection of security systems. On October 29, 2013, the China Security Cable Alliance was officially established. In the future, we will continue to integrate the high-quality resources both inside and outside the industry, strengthen the extensive collaboration within and outside the industry, base ourselves on government management services, serve customers, and jointly promote the healthy development of China's security cable industry. Video surveillance transmission system will be effectively guaranteed, identity change.

What if the cable transmission system causes image distortion?

Video signal transmission generally adopts direct modulation technology and takes the form of baseband frequency (about 8MHz bandwidth). The most commonly used transmission medium is coaxial cable. Coaxial cable is specially designed to transmit video signals. Its frequency loss, image distortion, and image attenuation are relatively small, which can well complete the task of transmitting video signals. Commonly used special SYV75 ohm series coaxial cable, commonly used model is SYV75-5 (its non-relay transmission distance for video signal is generally 300-500m); when the distance is longer, SYV75-7, SYV75-9 or even SYV75-12 coaxial cable (In practical projects, the thick cable has an unrelayed transmission distance of up to 1km or more); there are also video amplifiers to increase the brightness, chrominance, and synchronization of the video, but the interference signal in the line is also It will be amplified, so too many video amplifiers cannot be connected in series in the loop. Otherwise, saturation will appear, resulting in image distortion.

In the video surveillance application project, the favor of wireless networks is naturally justified. First, the wireless network has developed over the past decade. The technology is very mature and the price is very low. The once noble aristocratic products have become popular, at BITWAVE. The wireless product line has completely transitioned to the 802.11N standard, and the bandwidth of point-to-point wireless bridges has been increased several times. It can easily meet the high bandwidth requirements of mainstream HD video, but the prices are gradually falling back. "Fly into the "people's home"; followed by video surveillance has been widely applied in various industries, and in the rapid development of more extensive applications; then there is a large-scale monitoring system more and more architecture in the network Based on the above, the rapid development of all network monitoring technologies and markets has further promoted the construction of basic networks.

As a part of the network, the wireless network has the obvious advantage that the wired network cannot be replaced. It is convenient and flexible to build a network, has a low cost, protects users' investment, and is reliable in use.

The optical fiber transmission market is promising With the increasing demand for various image status and data monitoring, the transmission distance of the image signal can no longer meet the demand. Therefore, the development of optical fiber integrated image and control signals (WDM or DWDM technology) can be transmitted for longer. distance.

In the field of monitoring networks (CCTV), it is mostly used as the backbone of the monitoring architecture. It may convert pure video and control signals to optical signals (FOT/FOR), and it may also use digital video signals via TCP/IP networks. Convert to optical TCP/IP signals for transmission and restoration.

With the development of the information society, people are increasingly demanding security monitoring. Except for centralized party and government agencies and enterprises and institutions, such as in the complex environments of sea, mountains, mines, and basements, it is impossible to establish a wired network. local. All need to achieve security video surveillance, which requires the use of wireless video transmission technology. Coupled with the establishment of the cable transmission alliance, the dual guarantees make security video surveillance applications unlimited.

1. Application : For printer and copier machine

Seamless Tube For Printer And Copier