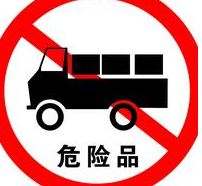 The transport of dangerous goods has always been the bridge and link to the production, operation, storage and use of dangerous goods such as refined oil and natural gas. Such petrochemical products can easily lead to burning and explosion accidents. They have the characteristics of large social impact, many casualties, and heavy environmental hazards, posing a serious threat to public safety. Dangerous goods transport safety management should start from the source and promote the formation of safety concepts.

At 3 o'clock in the morning on April 8th, 2011, two tanker trucks loaded with solvent oil were rear-ended in the 7-beam tunnel at Lanlin Expressway (Lanzhou to Linyi) in Gansu Province, causing the burning and explosion of solvent oil, the shock waves generated by the explosion, and the huge The waves of fire flocked to both ends of the tunnel and damaged some of the tunnel facilities, causing the tragedy of four people to be killed.

On the morning of April 26, 2011, a tanker carrying 15 tons of liquid nitrogen in Songyang County, Lishui, Zhejiang Province, leaked due to an accident and turned over into farmland. In the farmland that leads to more than 3,000 square meters, there is a white dense fog that is more than 1 meter high everywhere. Because the rapid vaporization of liquid nitrogen takes away a lot of heat, the local farmland temperature is as low as minus 200 degrees Celsius. Four people were killed in the accident and more than 200 people in nearby villages were evacuated.

As a result of the above-mentioned accidents, most of the major responsible persons were found guilty of the law, and all were sentenced by the court to more than 3 years for the crime of causing dangerous goods, with the exception of the individual principal responsible person who died on the spot and individual rescues that caused no major loss and impact in a timely manner. , 7 years imprisonment.

Road transport of dangerous goods can be regarded as a dynamic hazard source. The mobility of the carrier vehicle determines the random unpredictability of the time, location, and scope of accidents.

The unpredictability of difficult rescue accidents makes it difficult for rescue teams to get to the scene in time. Restricted by the scene, rescue equipment is also subject to many limitations, which in turn affect the rescue; the flammability and explosiveness of dangerous goods determine the complexity of the rescue.

1. The responsibility for the safety management of dangerous goods has not been fully implemented. Although Article 38 of the "Regulations on the Administration of Dangerous Goods Safety" stipulates that: If dangerous goods are transported by road, the shipper can only entrust a transport company with the qualification for transporting dangerous goods to carry it, but the production, operation, storage and use of some dangerous goods. And disposing of disused units, but mistakenly believe that as long as the security of dangerous goods within the unit on the line, out of the unit's door, safety and has nothing to do with. From what we understand, there are not a few units that have such ideas. Therefore, it is considered that there is little or no relationship with whoever transports them, how the vehicles are, how much the vehicle is, whether it is suitable for disassembly, and whether there is a safety hazard. In addition, some units that have operated in the long-term have not been subject to punishment and accountability in this regard, and they are even less willing to offend their partners in transportation, thus laying the foundation for the occurrence of dangerous goods transport accidents.

2. Dangerous goods carriers and shippers are driven by profits and cause illegal transport. With the development of the transportation market, the contradiction between transport capacity and traffic volume has become increasingly prominent. On the one hand, due to vicious competition, freight owners compete for prices by competing for prices, and freight rates are always running at low levels. Whoever has a low freight rate will be able to win more market share. In order to reduce costs and create more economic benefits, cargo owners have a common phenomenon of running fast, overloaded, and driving sick. In addition, the freight rate of dangerous goods is slightly higher than that of ordinary freight, and it is relatively profitable, and it will illegally undertake the transport of dangerous goods. These carriers neither know the physical and chemical properties and hazardous characteristics of the dangerous goods transported, nor do they have the necessary emergency rescue equipment. They also do not know how to respond to emergency rescues. In the event of an accident, they will be incapable of doing anything and cannot take effective measures at the first time to stop the expansion of the situation. The consequences are generally more serious. On the other hand, some shippers, in order to reduce costs and save on freight, often want to entrust non-professional transport units with lower freight rates to transport dangerous goods, causing accidents to occur.

4. Management is not in place and vehicle facilities are incomplete.

Many dangerous goods transport companies are small in size, and irregularities such as general cargo and dangerous cargo are common. There is a lack of training for professionals and lack of professionals. Equipment reconstruction is also a difficult point in the transport company's safety management. At the same time, there is a lack of corresponding technical precautions or facilities for transport vehicles.

In addition to the above-mentioned institutional deficiencies: chemical vehicle overload; bad weather; poor road conditions; driver negligence violations. In addition, the driver may be guilty of being poisoned by leaked gas and become unconscious, or may be self-eligible because of his low quality, failing to find and report the alarm the first time after the accident, resulting in loss of valuable time for timely evacuation and rescue. Causes further leakage of dangerous chemicals, diffusion or explosion.

III. Corresponding Countermeasures for the Transportation of Dangerous Goods The legislation and enforcement system for dangerous goods road transport management in China was established in the 1980s. The earliest Ministry of Communications formulated the Regulations on the Administration of Road Dangerous Goods Transportation. Later, the State issued the Regulations on the Administration of Chemical Dangerous Goods Safety. ã€‹ In this century, the "Safety Production Act" was issued and the "Safety Management Regulations for Chemical Hazardous Substances" was revised. Subsequently, a series of documents and standards were issued successively.

In particular, the State Council promulgated the "Notice on Further Strengthening Safety Production of Enterprises" requirement that satellite positioning must be installed for "two passengers and one dangerous" vehicle in accordance with the "Technical Requirements for Vehicle Terminals of Satellite Vehicles for Road Transportation Vehicles" (JT/T794-2011). The device is connected to the centralized control system of the national network of key operating vehicles to ensure accurate, real-time and complete transmission of vehicle monitoring data, ensuring that the vehicle-mounted satellite positioning device operates normally, the data is accurate, and the monitoring is effective.

Since August 1, 2011, the newly-installed "two passengers and one dangerous" vehicle should be installed with satellite positioning devices that meet the "Technical Requirements for Vehicle Terminals of Satellite Vehicles for Road Transportation Vehicles" (JT/T794-2011) before leaving the factory. . For those vehicles that do not meet the regulations, the Ministry of Industry and Information Technology will not issue an announcement on the products of the vehicles; the road transport management department shall check the installation and operation of the satellite positioning devices of the vehicles when handling the road transport certificates for the vehicles. For vehicles that do not install satellite positioning devices as required, the transportation department shall not issue road transportation permits.

For the operational vehicles that have obtained the road transport certificate but have not yet installed satellite positioning devices, the road transportation management department must urge the transport enterprises to install satellite positioning devices in accordance with the regulations and to access the nationwide network of centralized operation and control vehicles. From January 1, 2012 onwards, no satellite positioning device or transportation vehicle that does not have access to the National Interconnection Control System has been installed in accordance with regulations. The road transportation management department shall suspend the qualification inspection of the operating vehicle. The public security department should gradually include the "two passengers and one dangerous" vehicle in the scope of inspection.

In order to strengthen the operation and management of hazardous chemicals transportation company vehicles, strengthen the real-time monitoring of transport goods, prevent the occurrence of traffic accidents, ensure the safety of goods, vehicles, and drivers, and provide scientific reference for the analysis of traffic accidents to protect the driver's With legitimate rights and interests, the dangerous chemicals transportation company plans to establish a monitoring and management system for hazardous chemicals transport vehicles based on 3G wireless networks. The real-time management of the vehicle's position and speed, various types of media information such as images and videos inside and outside the car, vehicle parameters (CANBUS) and vehicle-mounted item data parameters, effectively meets the user's various needs for vehicle management.

Cookie Stamp normally is made of silicone and wooden handle The silicone can comply with FDA or LFGB and also dish washer safe. We can make custom design of stamp as long as custom offer us the artwork. The silicone can be different custom colors. Cookie stamp is used for cookie making and we use the round cutter to cut the dough then use the stamp to press then a cute cookie is done. It is suitable for kids baking.